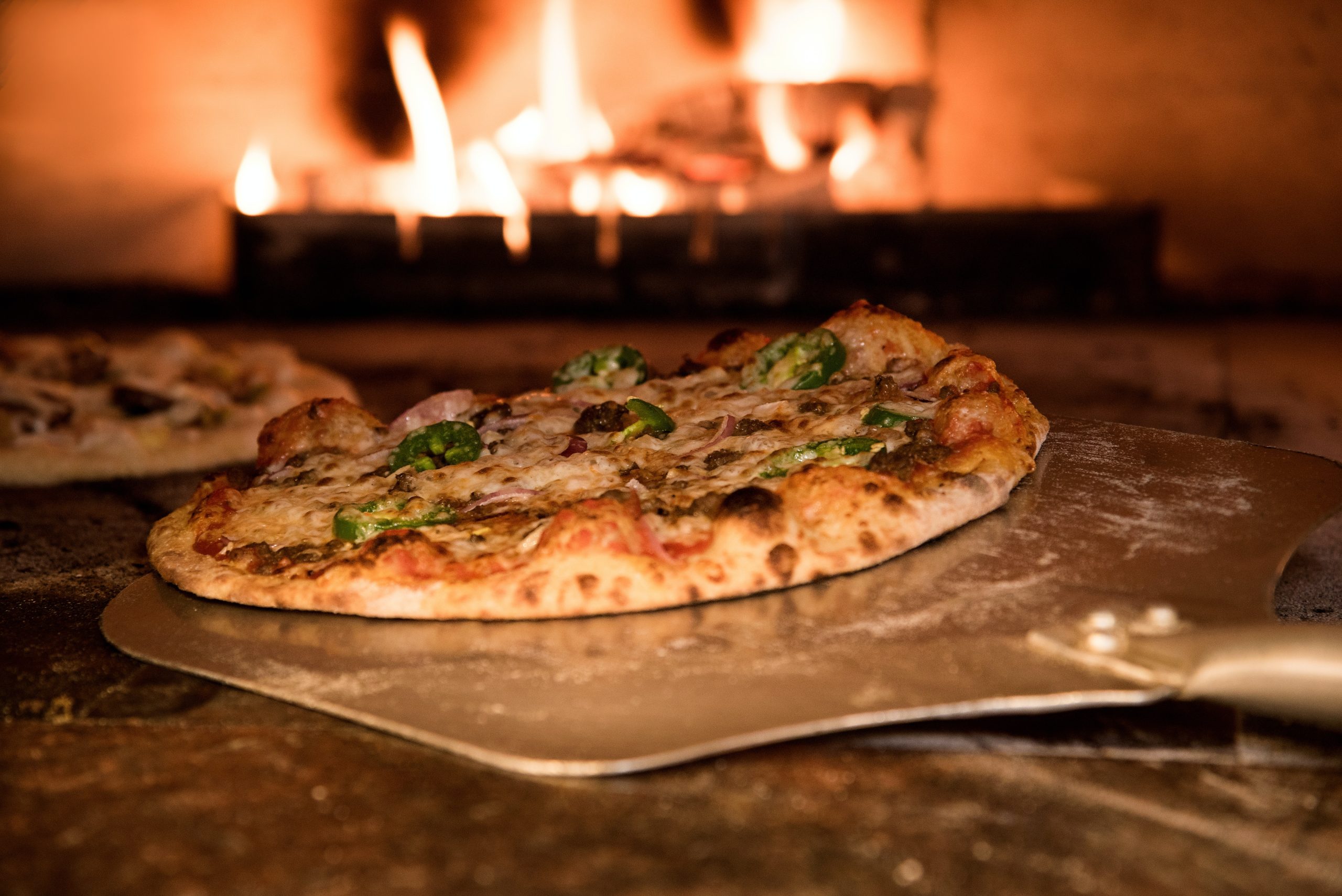 Slice: What New York Pizza Taught Me about Customer Loyalty

New Yorkers, by and large, are a scrappy bunch—but that doesn’t mean they have no standards. Most denizens of the five boroughs have extremely discerning taste, especially when it comes to the street food their city’s most famous for. I’m talking, of course, about pizza.

Ask any New Yorker whether pineapple belongs on pizza or if it’s ever acceptable to eat it with a knife and fork. Opinions might differ, but one thing’s for sure: you’re going to hear some strong ones. Pizza isn’t a business in NYC; it’s a culture. Read on to find out why understanding that culture was vital to the success of Slice.

Slice started in NYC, but it didn’t end there—in fact, it’s become the go-to app for independent pizza shops across the United States to serve their customers. Before then, independent pizzerias were facing a battle they couldn’t possibly win against “big pizza” companies like Dominoes and Little Caesar’s. But why?

Let’s imagine an average mom-and-pop shop in NYC—we’ll call it Billy’s Pizza. Billy’s has been making authentic Italian pizza by the slice from scratch for decades, based on an old family recipe passed down through generations. So what does a major pizza chain have that Billy’s doesn’t? Let’s consider the following criteria:

If you’ve ever had a slice of pizza from an authentic New York pizzeria, you know it blows anything you can get from Pizza Hut out of the water. No contest here. Local pizzerias often source higher-quality ingredients than major chains and care more about the final product because it’s not just a product to them; it’s a representation of who they are.

For the most part, big chains could care less about preserving the cultural roots of what they sell. They’ll do just about anything to “pizza” to shake things up—Taco Pizza, BLT Pizza, and other weird combinations often appear as limited-time gimmicks to attract novelty customers.

There’s nothing inherently wrong with that—pizza’s a platform that invites a certain amount of innovation—but it’s pretty hard to beat a generations-old family recipe from the old country.

Uh-oh. Here’s where Billy and his family run into a major challenge. Giant pizza chains have online ordering and delivery systems that make the customer experience quick, easy, and painless. You can find the nearest location in a couple of clicks, throw together a custom order, and pay for it. Boom. Your pizza’s on its way.

A First Party Solution: How Slice Put Mom & Pop Shops on Even Footing with Big Pizza

The issue wasn’t that big pizza was better—it was simply that they had tools mom-and-pop pizza shops didn’t. Slice’s mission became to give those tools to the Billy’s Pizzas of NYC—and later, the rest of the country.

But as one saying I’m fond of goes, “you can’t out-punch Mike Tyson”. We were never going to outdo Papa John’s or Domino’s by simply making our own version of their online ordering tools. We had to create something that retained the things that made local pizza shops special while adding the convenience those major brands offered.

Instead of trying to out-punch Mike Tyson, we had to outthink him. Here’s how we did it.

At Slice, we recognized that the authentic identity of each local pizza shop was as important as the food they made. So while other platforms tried to standardize the experience people would have when ordering from their customers, we promoted how unique our customers were. We did this by creating highly-optimized websites and partnering with places where a given pizzeria’s existing customers were likely to search, so that we could ensure they had an awesome native experience.

Existing customers are the backbone of any mom-and-pop business. Unlike big chains that have near-unlimited resources for acquiring new customers, the most efficient way for an independent shop to grow is by focusing on the customers they already have—giving a better experience to people who already know and love the product so they’ll buy more of it more often.

By focusing on those customers first, Slice was able to make a significant impact without having the billions of dollars in resources a company like Domino’s has. By making the ordering process more convenient for those people, we practically doubled their lifetime value.

There are a few different ways to calculate customer lifetime value, but the easiest way is to multiply the average order value by the frequency at which they make purchases during a given period of time. For example, a customer who spends $18 on pizza once a month for one year will have a CLV of $216.

But Slice increased the average order per restaurant from $18 to over $31, and the purchase frequency rate from once per month to 1.4 times. Let’s plug those numbers in and see what happens:

Slice empowered their pizzeria partners to more than double the average customer lifetime value when converting their traditional customers to digital customers. They didn’t need to act like big pizza businesses and chase new customers at the expense of their existing ones—they just needed our help to connect with those existing customers in a better way.

Respect for the Craft

The core ingredient to Slice’s success has been our respect for our pizzeria partners. A rarity in our industry, unfortunately.

Restaurateurs are running highly complicated businesses. They are juggling; the next six-top of loyal customers when there are no tables left, dozens of team members with every background imaginable, just-in-time inventory, disparate hardware and software systems, literal fires in the kitchen, and more. Often seven days a week.

Our goal at Slice was to serve them at the same level that they served their local communities—and us.

No one understood that better than Slice’s founder, Ilir Sela. He was a “third-generation pizza maker” with no less than 31 family members and friends who owned local pizzerias in NYC. Ilir started out as their go-to tech guy; they’d call him when they needed help fixing fax machines or phone lines, and, eventually, their websites. So he understood technology, but more importantly—he understood the needs of these business owners and how to meet them.

Ilir realized that technology was the one arena where the small shops couldn’t compete with big pizza, and that it was killing them. Furthermore, he knew that using platforms like Grubhub wasn’t the answer—the fees those services charged restaurants essentially amounted to a situation where they were taking a restaurant’s customers and selling them back to the business. It wasn’t empowering; it was predatory.

Democratizing technology that would help bridge the gap between mom-and-pop shops and big pizza chains gave our pizzeria partners good reasons to choose us over the competition. We accomplished that by focusing on building the best customer experience—with pricing and features that made sense to their businesses.

Slice Is the Story of Passion & People

Ultimately, technology isn’t the secret to Slice’s success. In fact, there is no secret: just a genuine desire to help our pizzeria partners and their customers succeed. Taking the time to understand the culture we were working in allows us to make meaningful contributions, which pay dividends for everyone involved. This creates a win-win-win situation: mom-and-pop businesses make more money on terms that make sense, their customers receive a significantly better experience, and we’ve grown Slice into the nation’s largest pizza network.

That’s the kind of success I aim to create everywhere I work. Check out my other posts to find out how I pursued that goal at companies like SinglePlatform, Olo, and Next New Networks.