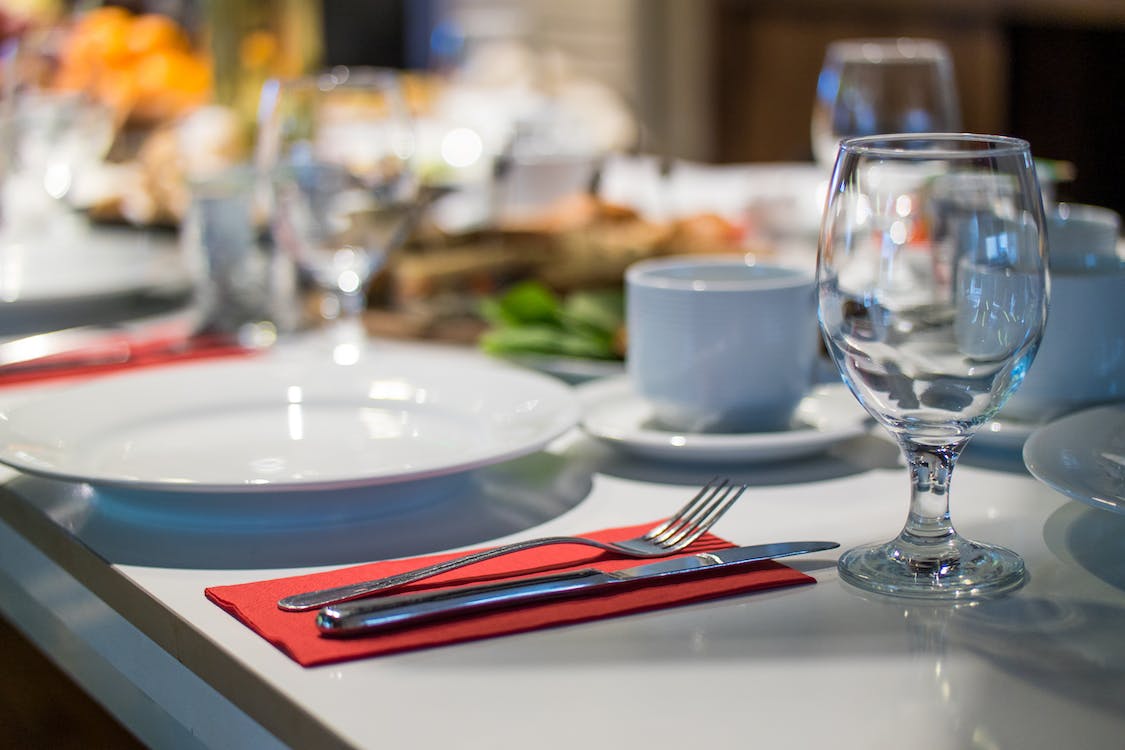 I helped start SinglePlatform with my friend Wiley Cerilli in 2010 when I was just 24 years old. Today, SinglePlatform is the reason you can find menus, hours of operation, and other critical business information for your favorite restaurants on the largest publishers in the United States, including Tripadvisor, Yelp, OpenTable, Facebook, or Google. To say it’s had an impact on the way people find restaurants is an understatement—it’s completely transformed what that process looks like.

But I’m not explaining this to pat myself on the back. Any success story worth telling contains valuable lessons that can be applied elsewhere, and SinglePlatform is no exception. My experience turning SinglePlatform to power the web’s menus gave me critical insights I’d use in future business ventures, like Slice and Next New Networks—and you can use them, too. Here’s what SinglePlatform taught me about reducing friction, seeing opportunities where others didn’t, and putting people first.

Lesson One: Mission is Everything

SinglePlatform was “solely focused on helping businesses succeed.” That might sound like a pull-quote from The Beginner’s Guide to B2B Sales & Marketing, but like most cliches, it actually contains something profound. Let me explain.

For starters, not every B2B company is focused on helping businesses succeed. Most care more about acquiring new customers and juicing every last penny out of them than providing a good experience for the customers they already have.

Why Having the Right Mission Matters

Yes, everyone stresses the importance of customer experience in their outgoing communications, but most businesses don’t talk about that internally. Internally, they talk about how to make more money. There are ways to do that quickly, but they often involve burning your customers—for example, most technology companies serving local businesses nickel and dime their customers in an attempt to maximize short-term value.

From day one, we knew that focusing on customer experience and trying to do the right thing led to long-term customer success. Instead of charging a premium for improved features and functionality, we provided them for free—we understood that continuing to add value for our customers would create a better experience, thus improving retention. That helped us build a loyal base of customers that still exists over a dozen years later.

Unifying the Business Behind the Mission

Having the mission isn’t enough; you must ensure your people get it. That’s why we led almost every meeting by stating SinglePlatform’s mission. The goal was to ensure that every time someone at SinglePlatform interacted with a customer or colleague, they were moving in the same direction as the rest of the company.

This approach empowered us to make faster decisions as our goals were aligned, ultimately allowing us to outpace and outmaneuver larger organizations and less cohesive competitors. Similarly, our customers quickly learned that, due to our alignment, any touchpoint they had would be positive—as everyone was internally on the same page, which led to increased trust and retention. Our mission became an integral part of the value we offered.

Lesson Two: Cut Down on Friction for Your Customers

Friction is a pretty straightforward business concept to grasp. Essentially, it’s anything that makes it harder for a potential customer to buy your customers products or services. Examples are everywhere:

And the list goes on. Maybe it’s so easy to come up with examples because we’ve all been there. We know what it’s like to have an experience with a business that’s so bad we never want to come back.

Finding the Friction for SinglePlatform Customers

SinglePlatform’s initial customers were local restaurants—specifically, local restaurants in an era when most local restaurants had minimal to no online presence. Less than 50% of local restaurants at the time even had a website, and most of the ones that did exist were outdated or barely functional. That meant making a phone call was the best way to find out when a restaurant opened, what kind of food it served, and how much it cost to eat there.

Ever call a restaurant during the dinner rush? You normally get a harried server picking up on the sixth ring because they finally found a moment between getting a clean fork for someone at table three and sending back the salad for table four because the customer asked for no onions. The restaurant operators barely have time to talk to you; their mind is in three different places, and they’re shouting over background noise from customers and/or the kitchens. Talk about friction.

We started SinglePlatform to eliminate this negative experience altogether. We wanted to make it as easy as possible for people to make decisions about their local restaurants—if they had to call, that meant we had failed.

By allowing restaurants to post searchable menus and other key business information on the internet’s highest-traffic sites, SinglePlatform eliminated the vast majority of friction experienced by potential customers, empowering their customers to make immediate purchase-related decisions. In some cases, we cut unnecessary phone calls by 50–75% for the restaurants who used our tools properly, saving them invaluable amounts of time (and by extension, money).

During this time, I saw Chuck Lee present at the 2011 BIA Kelsey Conference in Boston. Chuck was a VP at YellowPages—a multi-billion dollar company with thousands of employees. He explained that restaurants were their highest-trafficked vertical—but that it wasn’t translating into ad buys.

One stat Chuck shared in his presentation was the first thing 64% of consumers wanted to see when making decisions about a restaurant was the menu. Not being able to find that in YellowPages was preventing them from being able to make decisions about a given restaurant—there was no way for them to know if it looked good, was too expensive, had vegetarian options for family members with dietary needs, etc. So they weren’t following through, which made the restaurants reluctant to buy ad space.

Through SinglePlatform’s partnership with YellowPages, potential restaurant customers could suddenly use YellowPages to find exactly what a restaurant served, when they served it, and how much they charged. YellowPages’ number of searches per category tripled—and the number of calls to their businesses doubled.

Not only did we reduce friction for the people using YellowPages, we also reduced friction for YellowPages. The easier you make it for someone to make a decision about your business, the more likely they are to use it.

Don’t Leave Money on the Table

It feels critical to mention here that SinglePlatform didn’t reinvent the wheel. Yes, we revolutionized an everyday experience for millions of people, but we did it using data that’s existed since the first restaurant in history opened its doors. Menus, business hours, and prices have always existed—we just made them easier to find online.

SinglePlatform’s major innovation wasn’t necessarily the technology we used to digitize that information (although it certainly helped). It was recognizing how many people were looking for it, and the value it held for them—and the opportunity to improve the consumer experience across the web. Monetizing that data before anyone else was our biggest achievement.

What You Don’t Use Costs You

SinglePlatform’s customers can’t afford to leave money on the table—because losing potential customers drives restaurants out of business. To understand that, we need to talk about friction again.

Put yourself in the shoes of a typical restaurant customer once more, and imagine you’re trying to decide between three different places to go for dinner tonight. Two have their menus and hours posted online, but one doesn’t. Now there’s a potentially-frustrating phone call standing between you and that third option. Chances are, you’ll just pick one of the first two instead. 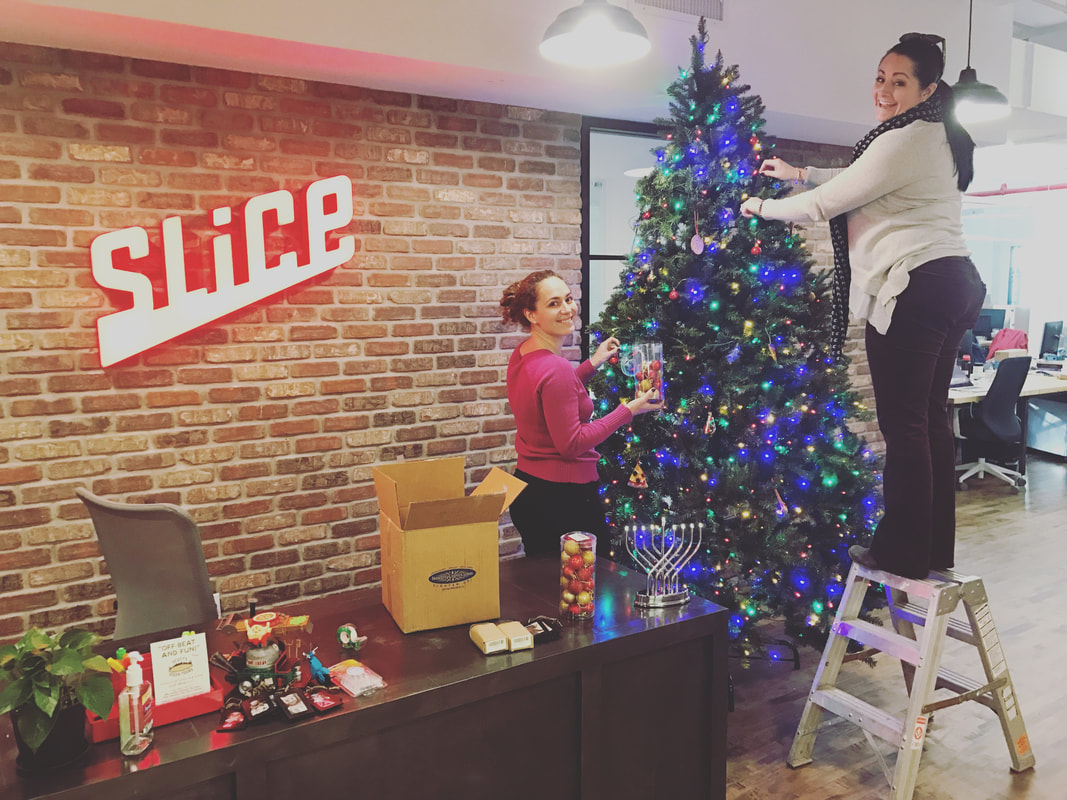 We later quantified the value of reducing friction when I became a seed investor for Slice—a company dedicated to giving mom-and-pop pizza shops access to the same tech that “Big Pizza” companies used to drive sales, minus the need to compromise their unique flavor or identity. I’ve written extensively about that venture elsewhere, but its success depended largely on what we learned at SinglePlatform: reduce friction and look for the value that’s hiding in plain sight.

The results were so good that we had a hard time believing them at first. Restaurants on Slice see the value of their customers essentially double over the course of a given year—as, on average, analog (or phone) customers who convert to digital have a 70% higher Average Order Value (AOV) and 40% higher order frequency. To call that transformational is an understatement.

The three lessons I learned from my time with SinglePlatform—invest in your mission, cut down on friction, and find the value no one else is seeing—turned it into one of America’s fastest-growing startups and ultimately led to a $100 million sale within 22 months. A dozen years later, it’s still powering the majority of menus on the internet. But these lessons can apply to businesses of every type and size.

It’s pretty simple at the end of the day: helping people (the mission) make decisions about your business (removing friction) leads to more business (the value). These three core concepts feed into each other, but many businesses ignore them at their own peril.

Fortunately, SinglePlatform’s success was a pretty potent reminder to keep these lessons in mind. Explore my other articles to learn more about how I implemented them at companies like Slice, Next New Networks, Olo, and others.